SIX MONTHS.  Did you hear that?  Six fucking months! Finding the fountain of youth, winning the lottery, curing cancer, becoming the second woman president of the world, being the first woman to build a house on the moon??  Nah, they don't even come close.

Six months is IT.  It's the motherload diamond that you thought you'd never find, and it belongs to her, after 25 years sifting the sands of the Sahara.

She is the smartest (yes she is!) woman in the world. She is smarter than you by a mile, (so say I with my chin thrust in the air) she wooshes  past me like Usain Bolt (2016 and ever) - I look like a stroller on Sunday.

She is funnnnnny, shit, she is fucking funnnnny! She makes people laugh even when they think they are tough or lost or refuse to, she can crack 'em. She cracks me to wide-open-mouth laughter everyday (and even a lot back then). Although my stupid antics made her fall off the couch once and I didn't even care what crazy thing I'd done, it was just so wonderful to see her laugh till she almost thew up (we all know that's where you want them to go). She can do it to you, easy. 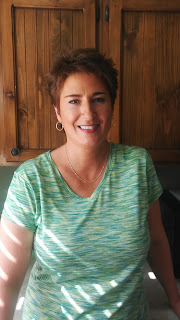 And she's made it six months. That's really the best mark. A year, two, even 5? Six months is magical.  Because it's the first. The first milestone in a journey you'd almost given up on. It's that eyes wide open! first celebration that will have more meaning than all the rest.

She slept till noon, peaceful, well earned, without burdens (well, that one anyway, the others don't get light today).  And we're going to dinner and she'll eat whatever she wants and I will too. No tight pants tonight!

Do I sound proud? Well it's not just that. She is the kind of example we're all looking for, someone who carried a burden, while saddled with others and clawed and screamed her way out of it. She never lost who she really is. So when you think you can't do it, when you are afraid of anything, when you think you'll lose yourself, when you are ashamed of whatever your burden is, when you think you just fucking don't have the strength, when you   are   just   fucking   ashamed   of   yourself, remember this woman.  Because she thought all of those things of herself. She did not believe until the very last moment when she sucked in her breath, that shamed breath, and swallowed it all the  way deep down into her gut and picked up one foot, just one foot and stepped into that unknown place, that place that scares the mother loving fuck right out of all of us and saw a speck of light. Remember this woman because she is you, she is me, the kind of woman I want to be. And we are all trying to get free.

Bring on the cake!

PS: Yes, this is my daughter!!