That would be Elizabeth Grace, my dear daughter.

I wish I could be as honorable, as funny and even half as smart as this woman.

She loves animals, of course you know she's a "bee keeper",  (from my post of June 16th, titled "You said what?!") feeds the birds, longs for another dog, we are sadly renters, has the best lap for cats and they go straight to her, even though she has allergies and never minds.

Babies are drawn to her, she can make them laugh and giggle and wave when they only look at me with a "what?" look.  She's a baby sleep maker when mother's are at their wits end. She longs for one herself and holds adoption like a candle in the window. 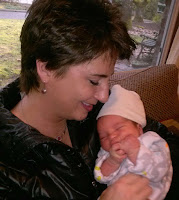 .
She is funny and light hearted and finds humor in almost everything - I don't - so thank God for her and her rapier wit. 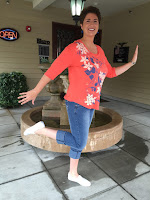 After seven hours of massages (she's a therapist) - that's seven bodies, standing for seven hours - 5 days a week, and she still comes home funny! (see below, shhh, she would kill me) 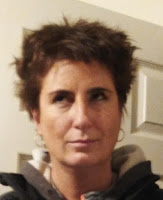 --  She put herself through massage school, without help from anyone, broke and addicted to alcohol and has since overcome that, to go on to a helping career.  Astonishing!


She is fallible and hard to admit her mistakes, but that's because she holds herself to such a high standard. She is rarely ever cranky, but has started her "Cranky" business to help others  not take themselves, and this often hypocritical world, so seriously.

She is beautiful at 43, but never thinks so. 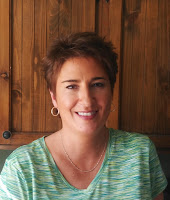 Even when she was a fresh new flower at 21.

But she is and always has been.

She has had defeat after defeat and failure upon failure that have almost broken her - overshadowed, thankfully, by her accomplishments and her constant ability to overcome. That's the definition of success in my book.

She cries and cries sometimes at the unfairness and lack of justice in her life, and that it is repeated in so many other lives in this world and she wants to save everyone. She has now been heartbreakingly overwhelmed with the insanity of this election and the resulting world wide chaos and, as well, what it could mean for the gay community - so here is what she is doing to overcome that.....

She has bought bag after bag of toiletries and practical survival items and just fun things to distribute to the homeless. She puts them in her car and when she encounters someone on the corner at the freeway intersections, with their signs asking for just a little bit of help, she hands them out.

Mysterious, magnificent, radiant, silly and graceful, I look up to her and hope to become more like her, ~ Elizabeth Grace.

(Don't tell her I wrote this, she would be so embarrassed, (well maybe not, as she is, and would be glad to tell you, a rock star!!) - but she is remarkable and deserves recognition.