Come in, would you like to see the house?

I was going to write a nice light post --- I'm trying to keep them that way for awhile --- so that people will think that I'm not a crazy, bitch.  I'll hook you and then we'll sit down for a real chat. I hope you understand my sense of humor.

I was going to write about my stupid wonderful new roommate. He's a charmer. Sweet, smart, tidy as a pin. Washes every dish immediately, including mine (sometimes, it's not compulsory, although he can't stand to see them). I couldn't care less about dishes. I figure, save them up for awhile and then you'll get to keep your hands in a lovely sink full of warm and bubbly water while you daydream out the window. He's young and cute and quiet as a mouse...red flag there. We had a long talk about length of tenancy and rules (landlords) and smoking (none!) and alcohol (light).

It turns out that people who walk so lightly that you never know where they are until you turn around, are actually rather strange people. He's sat in his room for three solid months - on his computer. He said he is a freelance programmer. Turns out there is no such thing, as far as I can tell because he hasn't worked a day since he got here.  He has consumed over 250 bottles and cans beer (freakin' expensive IPA's). I know this because I have schlepped them all to the recycling place myself. Now that is an adventure! You can get drunk just walking into that place, the fumes! And no, I don't keep the money. What is wrong with me?!

So now I had to slap up an ad for yet another one and cross my fingers that someone out there thinks that mine is better than the 386 others. And that who ever that is doesn't creep around the house like a ghost - nor drink like a fish.

So I thought I would give a little tour of the house, since it is already posted online for the whole world to see. I am not showing his, oddly, crazy-messy room. I'm really not one to talk, as this is the super tidied up version. This doesn't even look like a real person lives here, but evidently that is how it is done. You're probably going to think I am a snob, but I am actually a slob. Somehow I am not able to put things back where they belong until I can't remember where they belonged in the first place. 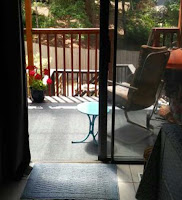 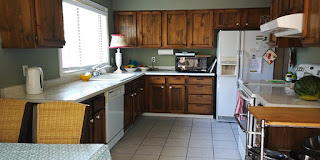 see, he washed the dishes, it certainly wasn't me 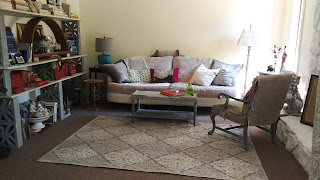 I like this room, although the only time I spend in it is when I toss all those pillows off onto the floor because I am too traumatized to sleep in my own bed. It's really comfortable so they don't usually go back on for several days, it's addictive. 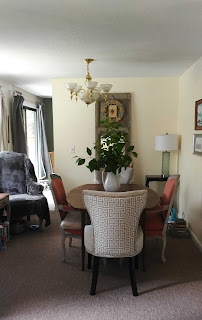 I have never eaten a meal here because who wants to sit at a table this big all by themselves (odd word). I never eat at the kitchen table either. I eat in that chair there, where I also read. Sad. But the light is really good! 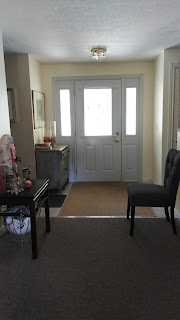 I didn't put this in the ad, but maybe I should, I'm going to rethink it. I killed that rug though, shampooed  it with one of those machines you get from home depot. It shriveled and shrunk like an old ladies boobs - had to throw it away. I miss it.
They don't need to see anything else. You wouldn't believe what other people show...bathrooms with the toilet seat up..my god!

Ok, I'm trying to hold my head up and stop the already three days of torrential tears.   Do I look worried?  Believe me, I am.  I finally took a shower...4 days is enough. Thank Jesus for erase, I actually have purple/black circles under my eyes.  I have had at least 2 bouts of hang your head crying today. I'll probably, like in I will, have another when I go to bed tonight. Everything will be alright. Everything will be alright. Actually writing this did make me feel better.  Pray, pray, pray for a sane roommate for me, one who actually comes out of her room now and then.....noooo more men! And I promise to wash my own dishes. 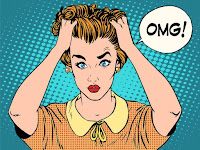 oh yeah, I cut my hair

Listen, I am never going to write about politics or religion (probably). I leave it for others who are way smarter than me. But I do like to read about it, y'all inspire me and teach me to try to be a better person.  This is just not that kind of blog.